If you believe the preseason pollsters, West Virginia is going to be good this season. They have a veteran QB in Will Grier who is getting some Heisman buzz, they’ve got offensive weapons all over the place, including All-American receiver David Sills V who led the nation in touchdown catches last season.

But I’m not here to talk about that, you can read about how and why West Virginia will be good this season on any college football site. I’m the guy who makes wild predictions in bullet point form.

Why do I think this? There’s really only two outcomes for Dana and WVU this season: either they live up to expectations or they don’t. I think either one of those outcomes results in Dana leaving. Let me explain.

Dumpster Fire (but in a good way)

Dumpster Fire (but in a bad way) 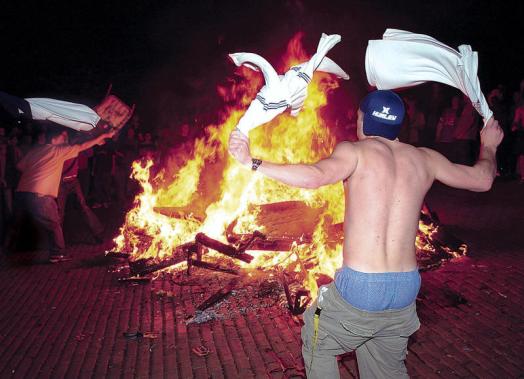 What I’m saying is that Dana Holgorsen is a Red Bull drinking, sideline-screaming, beautiful maniac that’s become fully woven into Big 12 culture and he may be gone after this season. I have no information to back that up beyond my own thoughts and reasoning. I fully hope Dana is in the conference forever. You need characters like him.

But I’m always right and Dana’s going to be gone.

If you haven’t already, please sign up for my Big 12 Bullets newsletter. Next week I will send out the first of my Big 12 preview bullets!